Borne is proud to be an official charity partner of Fierce Calm 108.

On 23 June 2019, the Fierce Calm community came together across the world to perform 108 sun salutations and raise money for charity under the hasthag #FierceCalm108.

The online event was led by Fierce Calm ambassador and Borne supporter, Hannah Barrett, and saw dozens of yoga instructors rally in aid of Borne around the world.

We would like to extend a huge thank you to Fierce Calm organisers and everyone who organised and/or took part in a yoga class in aid of Borne.

Ever done 108 sun salutations before? . Tune in to @fierce_calm in just over one hour (4pm BST) to join in the #fiercecalm108 GLOBAL event to raise money for some amazing charities. Led by me and some other badass yogis including the lovely @dannipomplun practicing with me here. Let’s make this something INCREDIBLE to remember #yogalove #108sunsalutations #cometogether #yogaforcharity #charityyoga 🎶@teddibearmusic

Almost two years ago this little munchkin came into the world a month early and nearly died. . One of the reasons she is here today is because of a brilliant human called Professor Mark Johnson who founded the @bornecharity. In a nutshell, Borne was created to help stop babies from being born too soon. Over 1 million babies die each year from it and millions are disabled but we don’t know enough. In most cases, we don’t know why it happens and it’s the main cause of death for children under the age of five. . Tomorrow I will be one of the teachers leading 108 sun salutations in aid of @bornecharity due to be broadcast at 4pm BST across the GLOBE. However big or small, if you could donate anything and join us I would be extremely grateful. Link in my stories and in my bio. #thankyousomuch #stopprematurebirth #bornecharity #108sunsalutations #fiercecalm108 @fierce_calm

What a fabulous way to end the weekend🙌🏻! Teaming-up with this awesome squad (@jennystewartyoga, @luluadamsfitness, and @emmahumfrey) to lead 108 sun salutations and squats. All to raise money for the wonderful @bornecharity, a medical research charity which is funding research to identify the causes of premature birth to save lives❤️. Thank you for everyone that joined in on the challenge - great to see some familiar faces and lovely to meet some new people too 🥰! If you haven’t already there is still time to donate: https://www.justgiving.com/campaign/bornefiercecalm108 - any donation is much appreciated 😘

This weekend has been such a special experience for me... from celebrating International Day of Yoga by teaching for @lululemonuk at @sohohouse White City House, to teaching at Sweatlife (an absolute dream come true!), to supporting my friends at @fierce_calm by being a part of @gratitudefestivaluk’s 108 sun salutations to raise money and awareness for @ourmala and @bornecharity - and doing this all 7 1/2 months pregnant! I truly feel so fortunate and so full of thanks to everyone who continues to believe in me, who continues to support me and my dreams, who comes and flows with me, for the kindness you show me after class - you really mean the world to me. Many of you asked me to share what I wrote and read over the weekend in savasana so here it is (scroll to find it). I have also made my Sweatlife playlist live on Spotify as promised, you can find the link to my Spotify in my bio. From the bottom of my heart, THANK YOU 🙏 Have an amazing week ahead! x 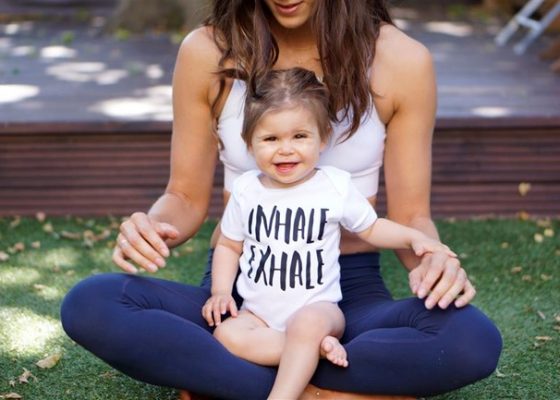 Borne is a charity very close to my heart. Amelie was born a month early after I suffered a placental abruption and was extremely sick when she was born. We just don’t know enough about premature birth. The fact that each year over 1 million babies die from being born too early is heartbreaking. I have no doubt that the work Borne are doing will save millions of lives.