Chairman
Appointed to the Board: May 2016

Julian and his wife Fiona are parents to five children, all of whom were born prematurely at Chelsea and Westminster Hospital. Two are autistic and one has cerebral palsy.

Previous trustee roles have included serving as a trustee of the children’s communication charity, I Can, and as a board member of Create, an arts and music charity for the disadvantaged and disabled. 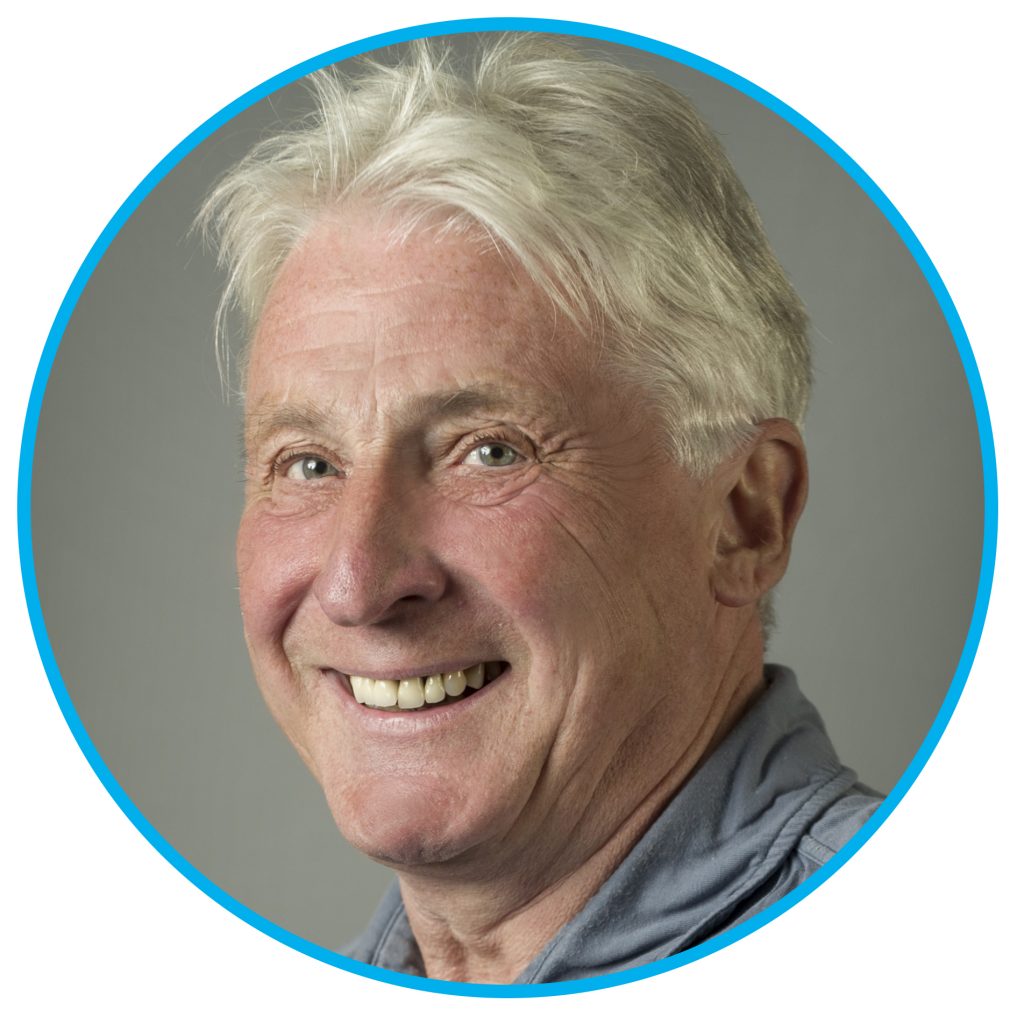 Trustee and Chair of Borne’s Scientific Advisory Committee
Appointed to the Board: October 2017

Tom MacDonald is Professor of Immunology at Bart’s and the London School of Medicine and Dentistry, Queen Mary, University of London. He is a co-investigator on a Medical Research Council (“MRC”) Programme working to develop new molecules to treat inflammatory bowel disease.

Tom received a PhD in immunology from Glasgow in 1976, before completing his post-doc at the Trudeau Institute in upstate New York. Since then he has worked at Jefferson Medical College in Philadelphia as an Associate Professor, at Merck and Co and at Bart’s Medical College where he was appointed a Wellcome Trust Senior Lecturer, promoted to reader and given a personal chair at the University of London.

In 2000, he headed up the Division of Infection, Inflammation and Repair at Southampton Medical School before returning to Bart’s and The London in 2005 as Professor of Immunology and Dean for Research in the Medical and Dental School. He now has over 400 publications, mostly on how inappropriate immune reactions cause disease in the human gut. His h-index is 86 with almost 26,000 citations. He was awarded FRCPath in 1995 and FMedSci in 2002 and elected a fellow of the Academy of Medical Sciences in 2002. In 2008, he received the President’s Medal from the British Society of Gastroenterology.

Tom’s notable achievements include identifying that T cells cause coeliac disease and Crohn’s disease; the role of TNF-alpha in Irritable Bowel Disease; developing ModulenIBD to treat pediatric Crohn’s disease; and identifying the critical role of Smad7 in chronic inflammation in Crohn’s disease. Additionally, he was a former associate editor of Gut and Gastroenterology and the IBD journal. He has served on many grant awarding panels and advisory groups and was a member of the review panel of NC3R’s (2011-16), Action Medical Research (2011-16), was a past member of PSMB at MRC (2007-11) and chaired the MRC non-clinical training panel (2012-16), sat on the MRC training and careers panel ( 2012-16), currently chairs the Mason Medical Foundation Awards panel and also chairs the Kings Health Partners Awards Panel. He currently serves on the oversight group of the EMINENT initiative at MRC. 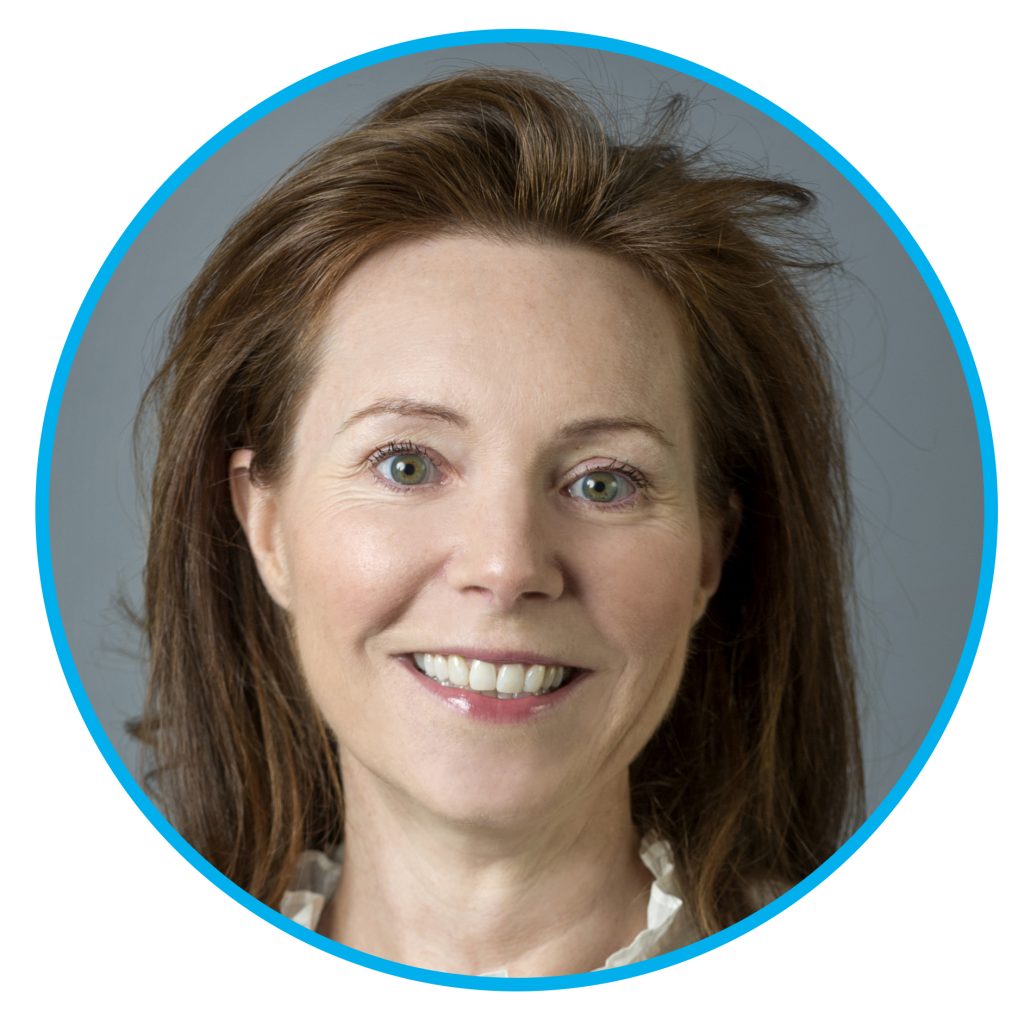 Trustee
Appointed to the Board: May 2016

Charlotte is Managing Partner of Albyns, a property development and investment business based in London. She holds several business Directorships, and was Director of Conferences at Euromoney Institutional Investor plc, where she was responsible for the firm’s events business.

Charlotte also supports inclusive theatre company, Chickenshed, which brings together children from all abilities and backgrounds to perform inspiring drama.

Charlotte chairs Borne’s Events Committee and is a key driver of support for Borne’s fundraising through a group of dedicated volunteers, many of whom have been touched by the effects of prematurity and want to help raise funds for future generations of families.

Charlotte and her husband Andrew actively support Borne as an expression of sincere gratitude to Professor Mark Johnson, who made a profound difference to their son’s premature start in life. It is their wish to ensure that many more mothers, babies and their families could benefit from the vital research led by Mark to prevent preterm birth. 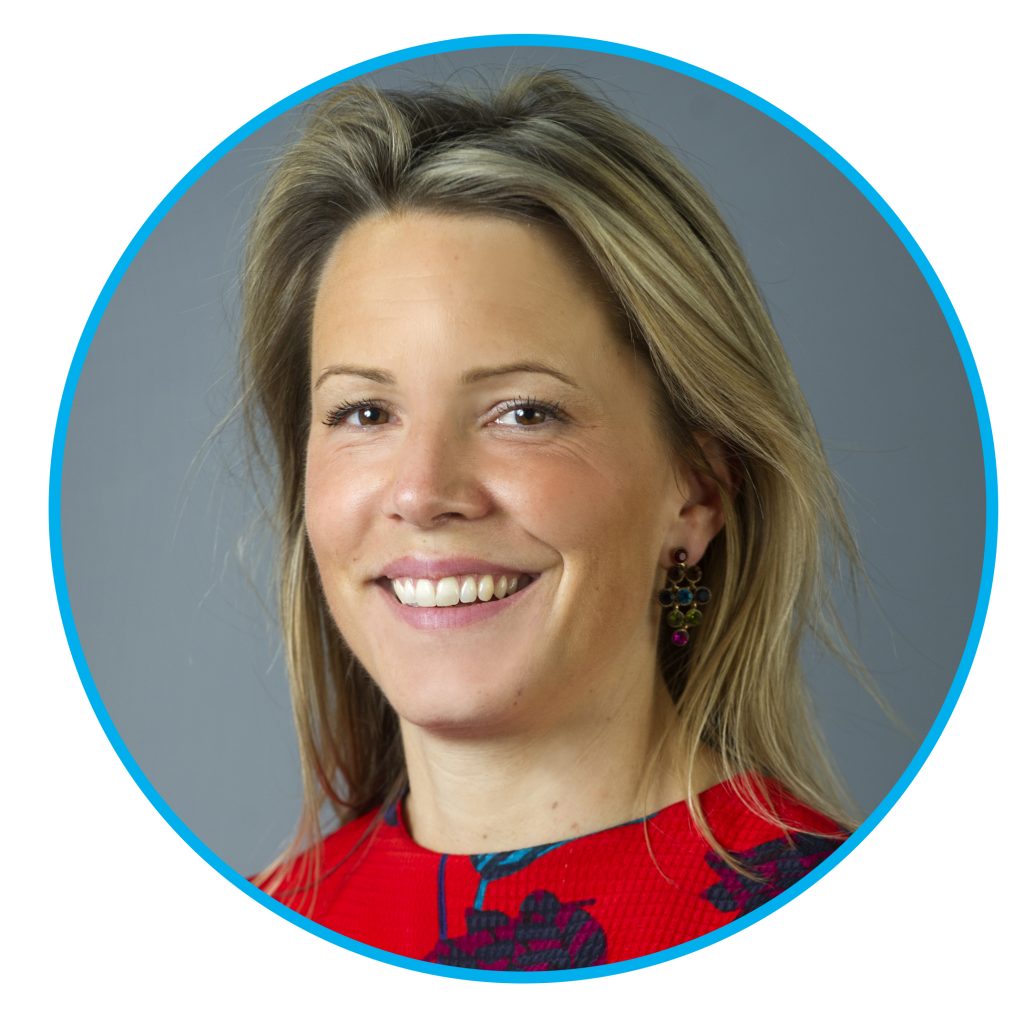 Trustee
Appointed to the Board: October 2017

Hetty and her husband Nick are longstanding supporters of Borne’s quest to understand and prevent preterm birth. They live in London with their two children who were born prematurely. Their lives were touched by tragedy with the stillbirth of Freddie at 37 weeks. Nick climbed Mount Kilimanjaro as a member of Borne’s challenge team in 2015. 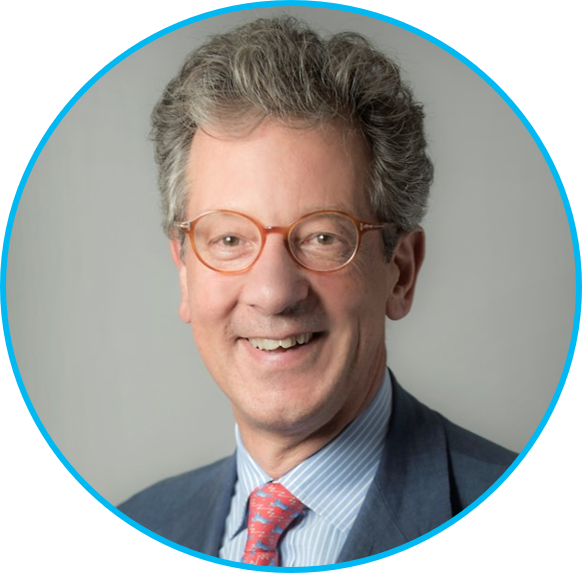 Trustee
Appointed to the Board : October 2017

Francesco is the former CEO of Citi Holdings and now Vice Chairman for Citi EMEA. Francesco began his career with Citi in 1983, and has held many senior roles with the group including Global Co-Head for Mergers and Acquisitions, Country Corporate Officer for Spain, Chairman and CEO of Citibank International plc, and CEO of Citi Transaction Services.

Francesco serves on the Boards of the Citi Foundation, CitiFinancial Credit Company, Associates First Capital Corporation, PEFCO (Private Export Funding Corporation), Mapfre International S.A. and Business in the Community (BiTC), where he is the Vice Chair of BiTC’s International Leadership Team. In addition, Francesco serves on the International Advisory Board of IESE, the Advisory Council for The Kogod School of Business at American University and the Advisory Board of the Vatican Foundation Centesimus Annus Pro Pontifice. He is the Chairman of Junior Achievement Worldwide, a member of its Board of Governors, and a Board member of Junior Achievement-Young Enterprise Europe.

Francesco is a finance graduate of the American University in Washington, D.C., where he received the Stanley I. Posner Award as the graduating senior with the highest overall academic average. He obtained his M.B.A. in finance and international business from Columbia University in 1983.

We benefit from Francesco’s extensive financial knowledge, ideas and experience. He injects passion to the cause and continues to challenge us to raise the bar on our ambition. Francesco and his wife Charlotte are Founding Donors of Borne and have two growing girls. 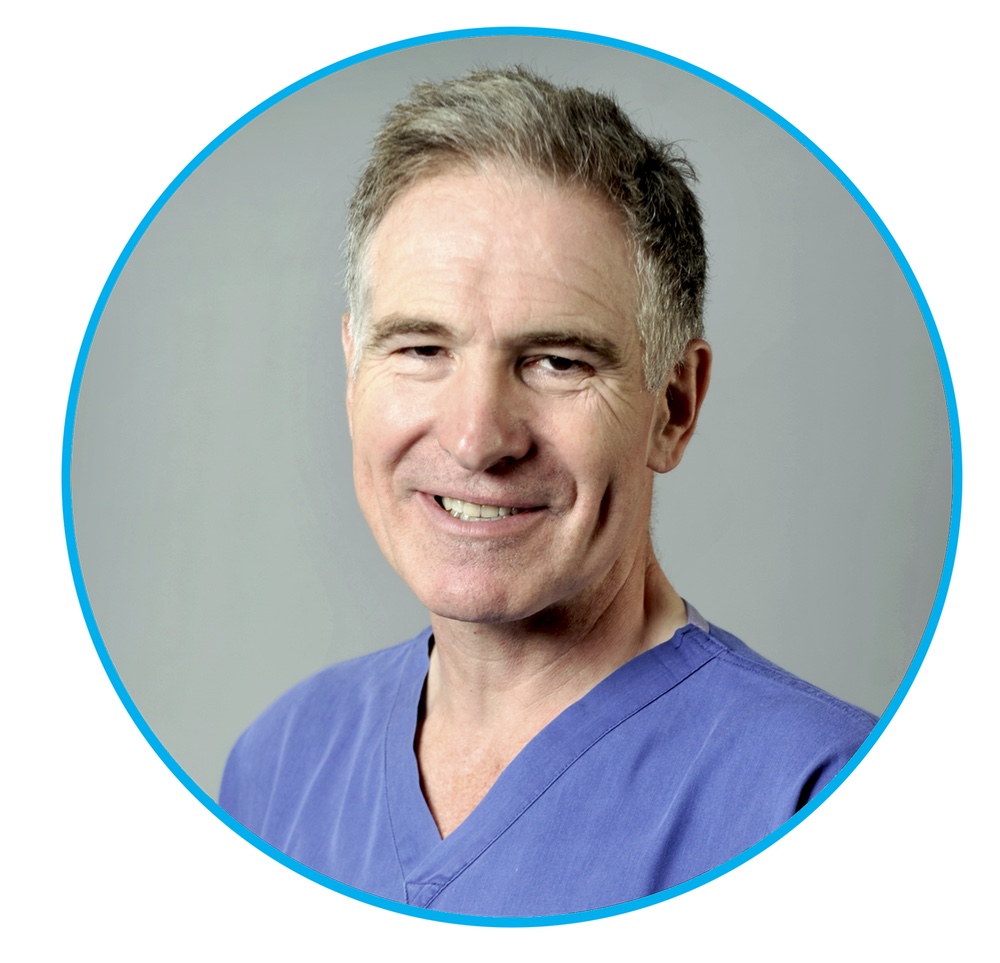 As Borne’s Founder and Chief Scientific Officer, Mark has responsibility for framing Borne’s scientific vision and research strategy. He is the Research Director responsible for bringing research proposals and updates to the Scientific Advisory Board for independent review, and is accountable to the Board for the measurement and transparent reporting of progress and impact at regular intervals.

Mark is the Clinical Chair in Obstetrics at Imperial College, and Director of Research and Consultant Obstetrician at the Chelsea and Westminster Hospital focusing on high risk maternity care. Mark began his research early in his career. His PhD, supported by The William’s Fellowship from the University of London, defined the role of relaxin in human pregnancy and was awarded in 1995.

Clinically, Mark initially trained in general medicine, endocrinology and diabetes, specialising in reproductive endocrinology. He set up the highly successful IVF unit in Chelsea and Westminster Hospital. He later trained in Obstetrics and Gynaecology, becoming the only dually accredited Consultant in General Medicine and Obstetrics and Gynaecology in the UK, following which he became the Professor in Clinical Obstetrics at Imperial College in 2010.

Mei Li is Chief Operating Officer responsible for the financial health and management of Borne, ensuring operational delivery to the highest standards in line with its values and mission. Mei Li is also responsible for coordinating a proactive programme of income generation, managing fundraising, donor relationships and overseeing associated donor stewardship programmes as Borne charts a course for growth.

Before joining Borne in May 2017, Mei Li held senior roles in banking and wealth management over the last 27 years at Citigroup, Euroclear and briefly at RBS where she led and developed global teams as chief marketing officer, business development director and managing director of corporate communications, investor relations, brand and marketing. Mei Li brings a complementary set of skills and experience to Borne, where she works closely with Chairman, Julian Mylchreest, and Founder, Professor Mark Johnson, to provide operational leadership and ensure the success of Borne’s strategies, plans and research programmes.

I have joined Borne at a very exciting time. As a mother blessed with two healthy children, I am passionate about Borne’s work and play a proactive role in supporting our scientists in their quest for answers to detect, treat and care for women at risk of delivering their babies too early.