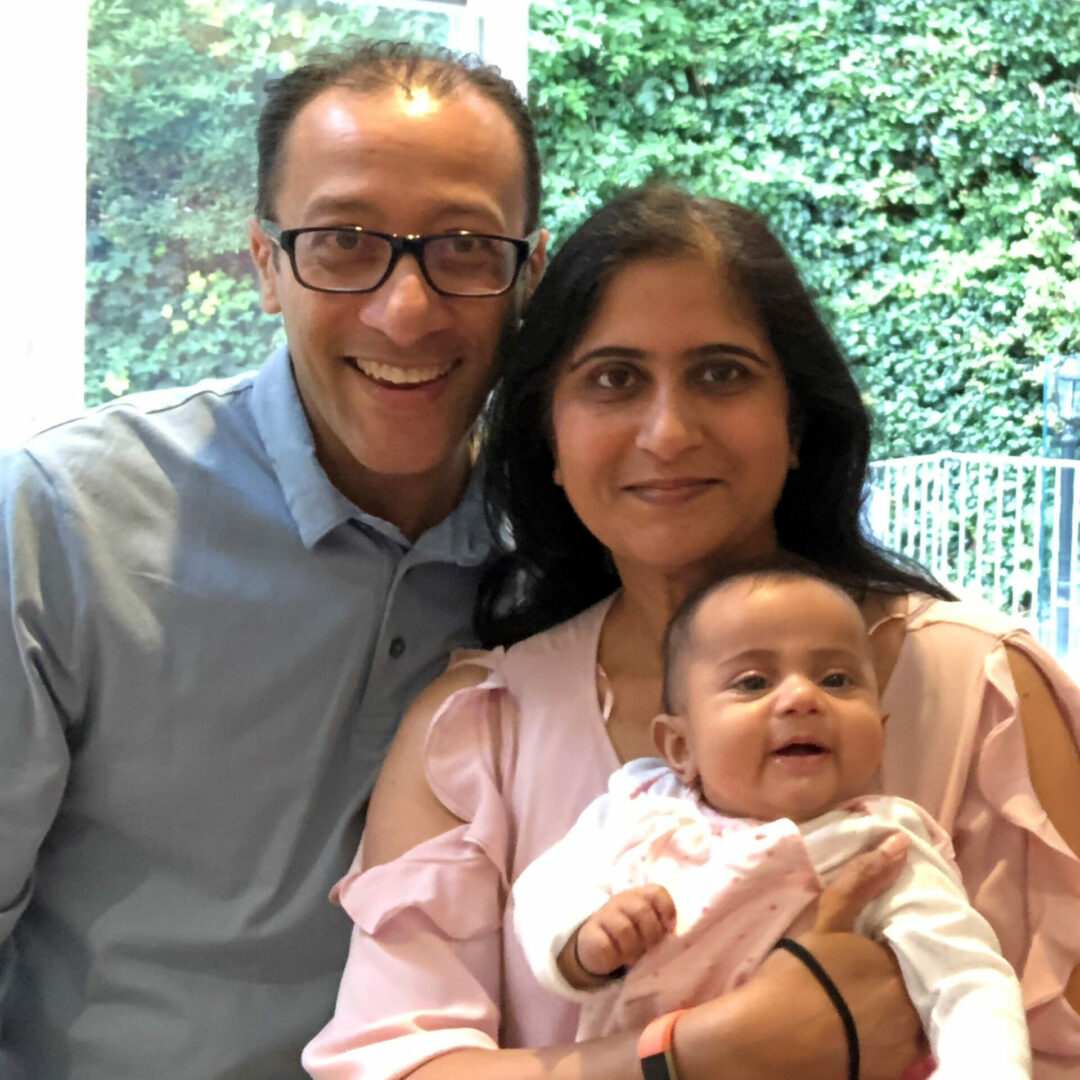 2016 was a big year for me and my wife Chandrika. After 10 years of marriage, we found out we were going to be parents to two little girls. We were over the moon. But our dream was short-lived.

Only 22 weeks into her pregnancy, my wife unexpectedly went into labour. I rushed her to West Middlesex Hospital but we lost our daughter, Isha. Her sister was still in the womb. Normally, when the first baby arrives, you expect the second to follow but it wasn’t in our case. We were hopeful that she would make it.

The doctors were concerned. Chandrika had been bleeding throughout the pregnancy, but no one knew why. They transferred us to Chelsea and Westminster Hospital where she stayed for 6 weeks, trying to keep our baby girl safely inside.

On 9 September 2016, Chandrika gave birth to our second daughter Ariyana at 28 weeks. She was tiny. They moved her straight to the neonatal unit and she started doing much better. Everything seemed to be moving in the right direction.

Then at 34 weeks, Ariyana took two steps back. Her oxygen levels went down. She had a heart defect and had to undergo what is called a patent ductus arteriosus (PDA) closure to fix it. Her lungs were immature too. The only option to keep her breathing was to do a tracheostomy.

After the procedures, Ariyana started recovering. We were hopeful. But she struggled with pulmonary hypertension. Things got worse and sadly on 10 April, she passed away. We were devastated.

We had been in the hospital for 7 months. Ariyana never came home.

“Our world was turned upside down. I came to a point where I did not know what to live for.”

Our world was turned upside down. I came to a point where I did not know what to live for. But somehow, there was an inner voice telling me, “don’t worry, things will be alright, and you will see better days.”

Last summer, we found out that we were expecting again. It was a miracle. We were overjoyed and full of anxiety. We went back to Chelsea and Westminster Hospital and were in the care of Professor Mark Johnson and Ms Natasha Singh.

Ms Singh told us about Borne’s feasibility study of a new treatment to help women who are at high risk of preterm delivery. The idea is to prolong the pregnancy for as long as possible by taking a new treatment combining progesterone and aminophylline. My wife participated in the study.

“The care we received from Dr Johnson and Dr Singh was exceptional. They were calm and always listened to what my wife and I had to say.”

The care we received from Dr Johnson and Dr Singh was exceptional. They were calm and always listened to what my wife and I had to say. Chandrika was off work all these months, resting at home. We didn’t want to take any risks given our previous experience.

At 16 or 17 weeks, they told us: “We don’t know how long the pregnancy will last. It would be best to have her cervix stitched up.”

Following this, Chandrika was doing well through the pregnancy. She went to the hospital for regular check-ups. All being well at 36 weeks, she gave birth to our beautiful daughter, Aahana. Luckily, she did not need neonatal care. We left the hospital 5 days later and brought her home. 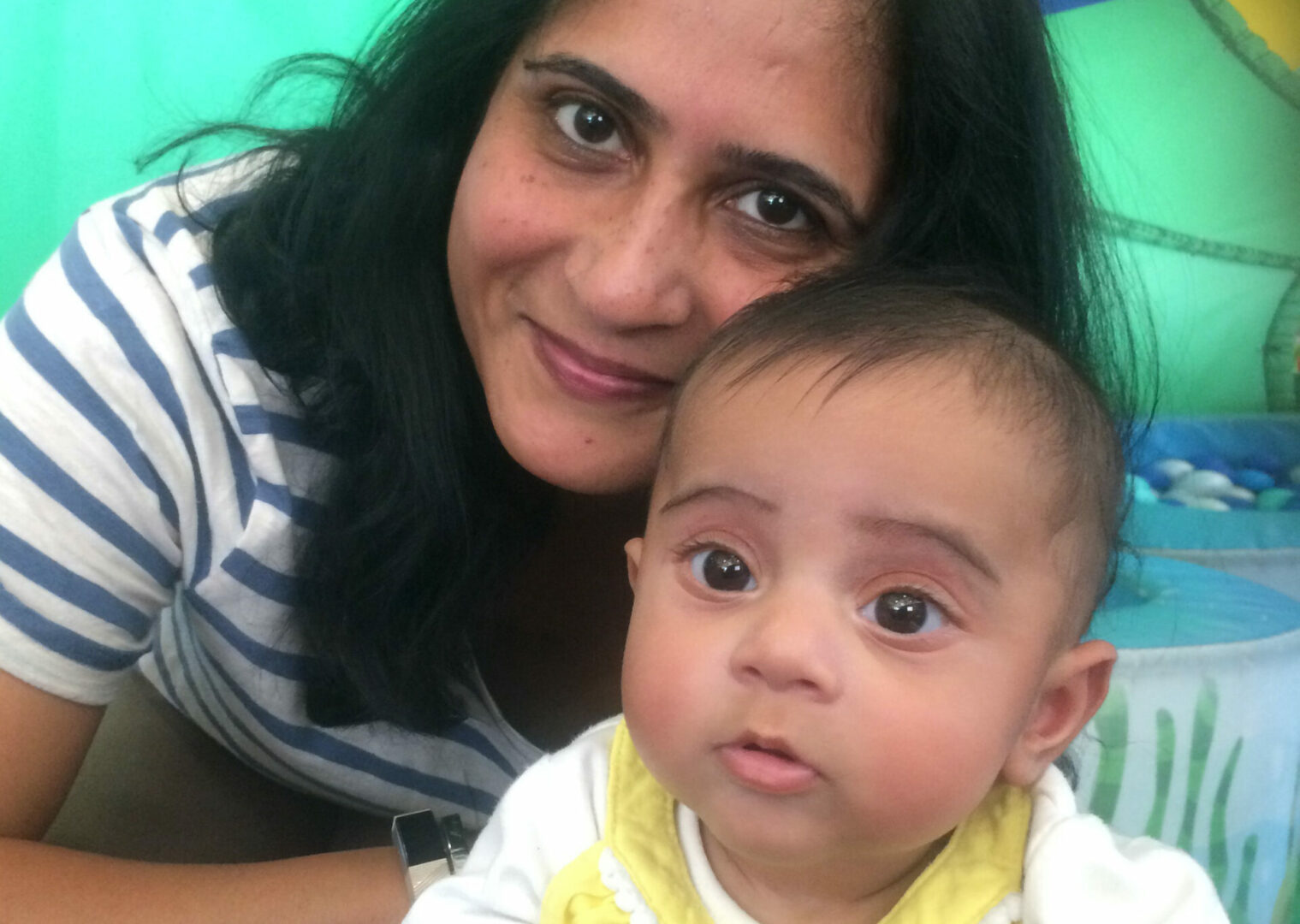 Had it not been for Borne’s programme, things could have been different. That’s why I started reading up on their research into premature birth and the work they are doing to help families that are at risk of preterm birth. It opened my eyes.

60,000 families in the UK are faced with premature birth every year. How many have gone through our experience, and how many more families will suffer like we have?

There is nothing worse than losing a child. I want to help parents who are or have been in similar situations.

Nishul nominated Borne to be the beneficiary of his employer’s match-giving programme. This allows Barclays UK to match up to £1,000 that an employee raises for a charity or community organisation.

With your support, we can continue to invest in groundbreaking research to prevent preterm birth, everywhere and forever.