After two premature births, when Fiona found our that her third pregnancy was twins, she was shocked, delighted, and terrified.

This is my daughter Ishbel. She was born at 31 weeks and 3 days gestation. After five weeks trying (with a great deal of medical help) not to be born too soon, her tiny head slipped out one evening. This is the first picture of her, already breathing all by herself in that delicately determined and breathed way she has. She was out her incubator next day.

This is Mungo, her twin brother. After five weeks of trying to push past her and kick his way to freedom, he finally busted out, bottom first, a record two minutes later. His bravado ran out right there on my chest and the neonatologists rushed him away. This is my first picture of him; he’s there, under the equipment. His ventilator is held on by his hat; goggles protect his eyes; splints keep the intravenous lines in place; wires connect him to beeping machines of spiky graphs. The ventilator breathed for him while his gut turned black and he shrank before our eyes.

For two weeks I visited my two babies separately. I could cuddle Ishbel; feed her; change her doll-sized nappy and babygro. Then I would cross the corridor to sit in ICU and stare at Mungo through the plastic; read his notes; watch the machines. Then the Mungo miracle happened and I held him for the first time. One quiet evening the wonderful NICU staff brought wheeled Ishbel’s little cot into ICU, so he could see his twin sister. 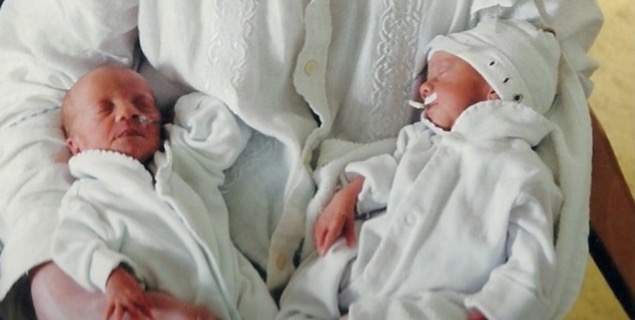 This is the moment when Ishbel met Mungo. He’s on the right, still in his ventilator hat. I held both my twins.

This was the moment when I had truly twins. We had survived. The relief and wonder of that moment is with me still.

“A moment of wonder. A dream became a milestone.”

I would put the toddlers to bed and come to visit my babies, clutching my bottles of expressed milk, dizzy with exhaustion. One night, Mungo’s incubator was gone. Not in its place. The world stopped spinning and I spun round to look for him…and I saw a big cot, with two babies; my twins, almost as together as they’d been in my tummy. It was a moment of wonder. A dream became a milestone.

And then, exactly on the day they should have been born, we went home. 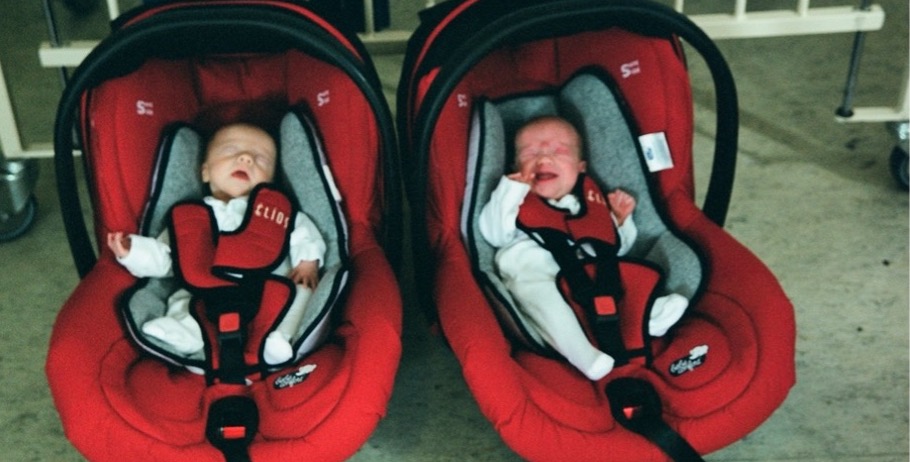 We’d already had two babies survive prematurity. We went to the scan hoping to see the heartbeat of our third child. There were two heartbeats, flashing like stars on the screen. We were shocked and delighted and very frightened. The doctor explained the risks and we decided, there and then, to keep the twins a secret for a while.

“At every scan I asked to see both babies together, just to be sure I wasn’t dreaming.”

So we told nobody. Our families had been through enough worry when the boys were premature. They wanted to count weeks, but we were vague. We couldn’t manage everyone else’s stress. And we still didn’t quite believe it; at every scan I asked to see both babies together, just to be sure I wasn’t dreaming. Twin 1 was small and slow-growing, so we put off sharing the news. Then, at only 26 weeks, labour started. When people are worried you can’t double their worry, so we continued, not telling.

They weren’t born that day. Labour started and stopped. I had steroids for the babies’ lungs. I had antibiotics in case of an infection. I had progesterone to convince my body to stay pregnant. I had the best care; but nobody knew why labour had started and nobody could stop it. So I stayed in hospital, heartbroken homesick for my boys; helplessly apprehensive for my babies; watching two different heartbeats; willing myself to 30 weeks. At 30 weeks we dared to tell our parents that they were expecting two new grandchildren. A week later, the twins were born.

For most people, this picture was the telling of the big twin secret. One pregnancy; two babies. For us it was the moment double jeopardy became double blessings. 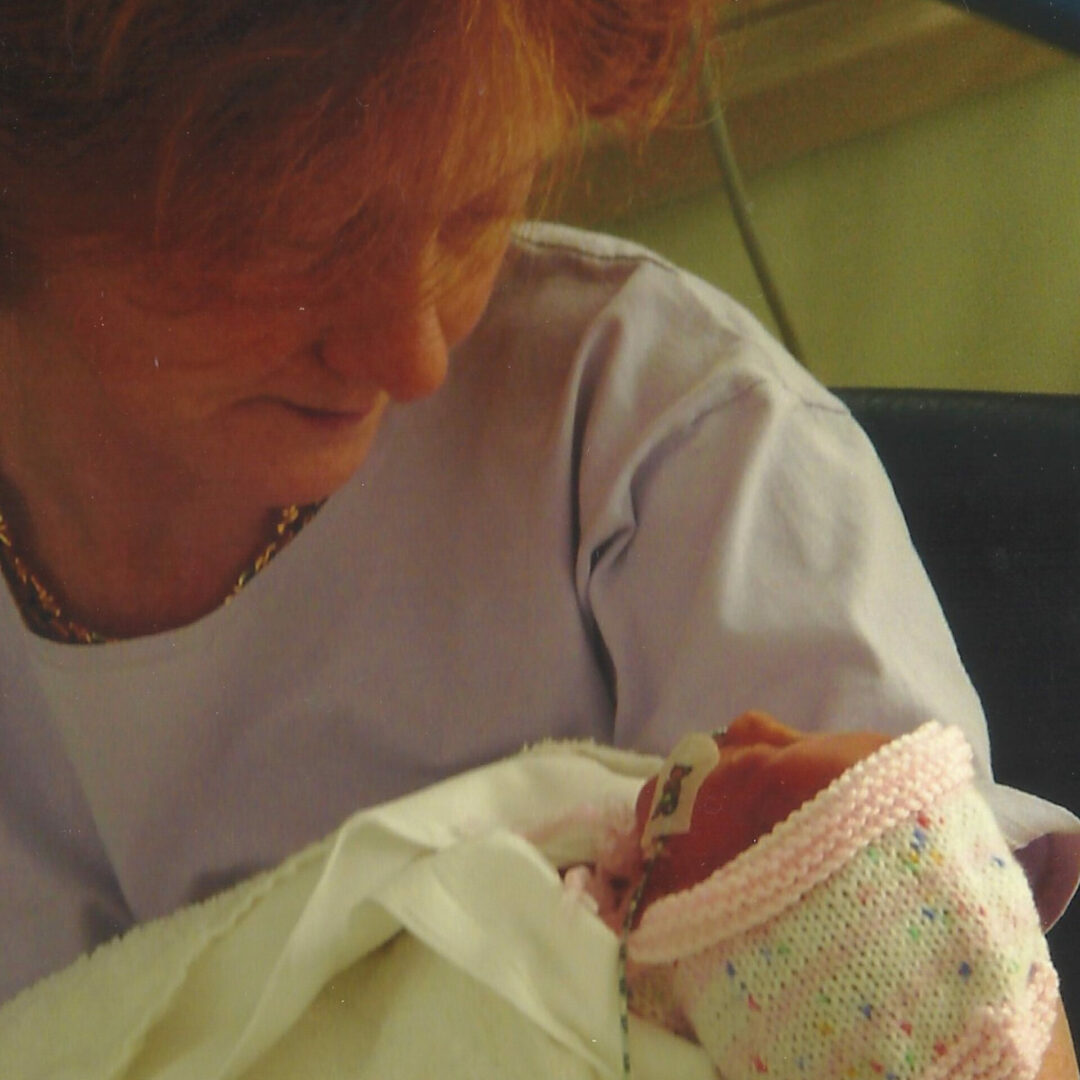