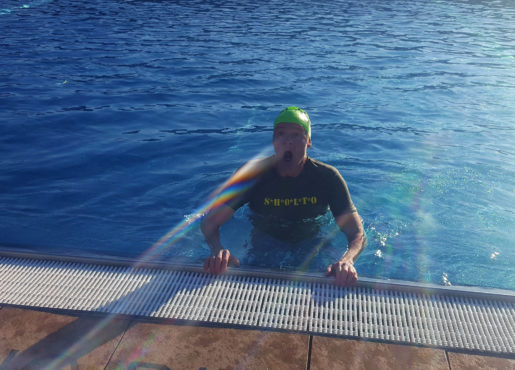 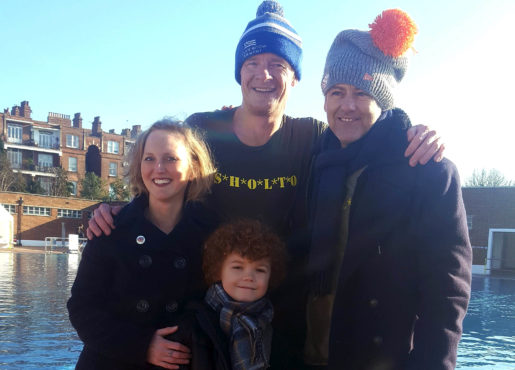 Despite temperatures close to 0°C, Borne Ambassador Alistair Petrie jumped into an outdoors, unheated pool last weekend after fans raised over $1,000 in aid of Borne’s research into premature birth. He was “helped” in his mission by fellow actors Rupert Graves and Tom Stoughton, with whom Alistair starred in the cult show Sherlock.

The challenge mirrored a similar fundraiser at a Sherlock convention last May during which Rupert Graves was pushed into a (heated) pool, as per Alistair’s request, to raise money for Borne’s research.

The 2019 reunion was orchestrated by Lora den Otter, a Borne supporter from the United States and a fan of Alistair Petrie, who has previously cycled 600 miles in aid of Borne.

They say vengeance is a dish best served cold... and cold it was! 5° Celsius to be exact. @_RupertGraves & @TomCurlyLock got to push @alistairpetrie in the coldest pool we could find. Thank you to everyone who donated it to make it happen! @GravesDiggers @LoraDenOtter pic.twitter.com/dgyDs6PyHh

The dream team that made it all happen and raised over $1,000 for our research: @petriealistair #rupertgraves @loradenotter @tomstoughtonofficial. Thank you thank you thank you. You made our day ❤

When your ambassador @petriealistair gets thrown into 5 degree water by @tomstoughtonofficial to raise money for a good cause 🏊‍♂️ Wanna make it a weekly thing Al? 😄

Feeling inspired? You can still contribute to Lora’s fundraiser on JustGiving: https://www.justgiving.com/fundraising/petrie-in-pool