In April 2018, nine adventurers led by Alan Chambers MBE and Wayne Hoyle trekked to the North Pole to raise awareness and funds for research into premature birth.

Your generosity is fuelling a new research programme into the maternal immune system during pregnancy and its impact on premature birth.

Following women who are pregnant for the first time throughout their pregnancy, the programme aims to: 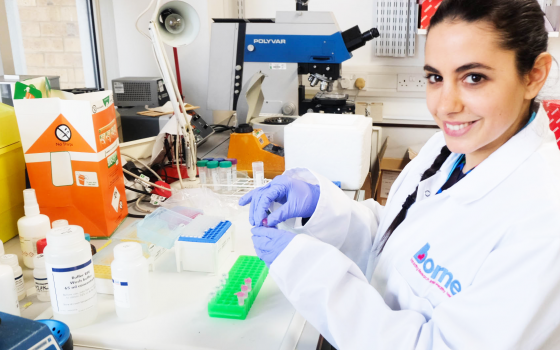 Thanks to you, we have invested in the scientific talent to drive this programme forward.

Donate to our research

Watch the official Borne documentary of a purposeful adventure.

The film would not have been possible without the incredible support of Georgie Breitmeyer from KO Productions who not only trekked to the North Pole but also shot, directed and produced the film.

A huge thank you to Jake Turney and Will Douglas for the photography and capturing footage in Longyearbyen, and we are_ for their editing and post-production magic.

Borne Patron Will Greenwood MBE narrates the incredible journey to the North Pole in a three-part documentary produced by Vice Media for i-D’s Amuse channel.