In 2017, Borne to Dance brought nearly 300 Borne supporters together for a magical evening of dance performances and to raise funds for our life-saving research into premature birth.

We would like to extend a warm thank you to the artists who donated their time and their talent in support of our research: Aitor Arrieta, Rina Kanahara, Steven McRae, Janette Manrara, Aljaz Skorjanec, the BalletBoyz, Keaton Henson and Reinous Ford. 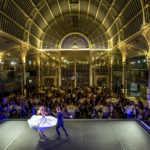 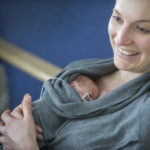