In March 2020, we will be crossing Costa Rica on foot, bike, kayak and raft to raise funds for ground-breaking research into premature birth.

Starting from the Caribbean Sea, we will battle our way across Costa Rica on foot, bike, kayak and raft. This east to west jungle route is rarely used, even by locals.

We will kayak up the Pacuare river, trek 40km through forests and to heights of 3000m, cycle over 200km past coffee and sugar cane plantations and raft through white-water rapids before reaching the Pacific Ocean.

This is an incredible challenge that will test the limits of our physical and mental endurance, all to prevent babies from being born too soon. Come join us or support us on our mission. 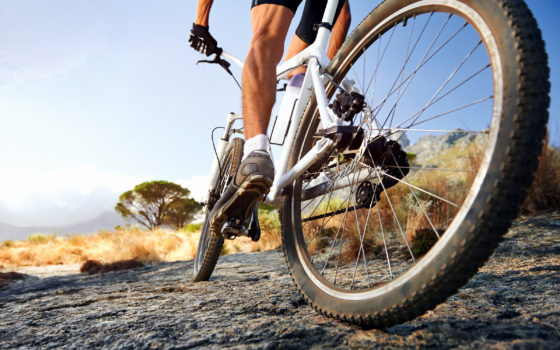 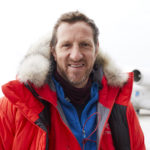 2003 England World Cup winning rugby star, rugby pundit, brand ambassador and motivational speaker, Will Greenwood is a Patron of Borne. His first child Freddie was born at just 22 weeks, too soon to survive.

Will is as passionate about finding answers to prevent preterm birth as he is about changing lives through sport. He is a passionate fundraiser for the medical research led by Professor Mark Johnson at Borne, and has climbed Kilimanjaro and walked to the North Pole for Borne.

He is joining the Costa Rica Challenge because every child deserves a healthy start to life. There is something we can do to stop families from living through the fear, anxiety and sometimes anguish when pregnancies do not progress as planned. 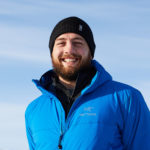 Former Australian rugby international and Exeter Chiefs captain Dean Mumm has lost four children to premature birth. He and his wife Sarah lost their first child, Sophie, at 21 weeks; their little boy Henry was born at 28 weeks and passed away nine days later. They lost Ella and Grace just after 20 weeks in 2018.

Dean and Sarah have a son, Alfie, now four. On their return to Sydney, they founded Borne-HMRI, an Australian scientific collaboration between Borne and the Hunter Medical Research Institute to fund joint medical research that can speed up the pace of discovery of new knowledge and treatments to delay preterm labour and stop spontaneous preterm birth.

Dean was part of Borne’s Arctic Challenge in 2018. He and a team from Australia are joining the Costa Rica Challenge to fundraise for Borne and Borne-HMRI. 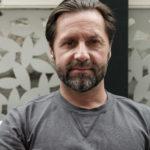 Jeremy lives in Melbourne, Australia with his wife of over 23 years. He has always run a large team of people and gets great energy from what he does and his role heading up operations nationally for Grill’d.

“I work with people & take great pleasure in helping others to succeed, whether in business or in their personal lives.”

Jeremy’s greatest achievement has been completing the 800 km Camino de Santiago across Spain. He is taking part in Coast to Coast challenge because he wants to help raise awareness of the issue around premature babies and raise some money for Borne’s vital research. 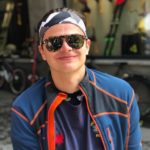 Charlie describes himself as a light-hearted, hardworking young man who enjoys a challenge and the company of others.

His greatest achievement to date is completing the Scottish North Coast 500 in 5 days. He is taking part in this immense challenge to help raise money and awareness for preterm birth, which has affected his close family friend.

Charlie will be crossing Costa Rica from East to West on a remote jungle route – rarely used where temperatures hit a sweltering 35-40 degrees. 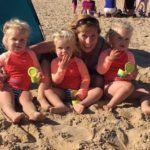 Over the last 20 years, Claire has been working with families during the first important years of their children’s lives.

She was born 7 weeks early and counts herself lucky to be fit and healthy. When she is not working with babies, she challenges herself to push the limits of endurance on extreme challenges.

In March 2020, Claire will be braving the tropical heat to walk, cycle, kayak and raft her way across Costa Rica to support Borne’s ground-breaking research to prevent premature birth. Together, she hopes to raise £250,000 for Borne. 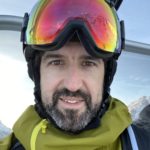 Dominic has worked as a trader at a hedge fund for many years. When Katherine and Dominic had their second child, they met Natasha Singh, consultant obstetrician and clinical scientist for Borne.

They were impressed with the care they received and felt lucky to have had a relatively simple birth that they now want to support Borne’s work.

Dominic will be joining Will Greenwood, Dean Mumm and some seriously experienced ex-special forces men on a rarely used jungle route as they trek, cycle and raft coast to coast in Costa Rica.

In March 2020, Phil will be joining a team of adventurers battling their way across Costa Rica to raise vital funds for Borne’s life-saving research into the causes of premature birth.

“I was so blown away by the magnitude of the problem of pre-term birth, and in particular the lack of progress in this area from a medical perspective that I felt compelled to do something.”

Phil studied Mechanical Engineering at university and after spending a few years as an engineer both in the UK and USA, he switched careers to become a patent attorney. After almost 10 years with a large firm, he set up on his own and has been running Vault IP, based in Birmingham for 5 years. 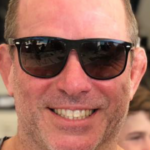 Michael is a devoted dad and loves spending quality time with his partner and his two daughters and two stepdaughters. They love the outdoors such as climbing mountains, quad biking, ghyll scrambling – the more exhilarating the better.

“I have a few friends who have experienced premature birth and I know the upset and devastation this can cause. If I can help raise awareness and funds for this fantastic charity then I am only too pleased.”

Michael’s great love is his local rugby club, Preston Grasshoppers, where he played for 16 years with 370 games being for the 1st XV. He has been chairman of rugby for 12 years and loves the day to day challenges of helping a national two club to keep ticking along. 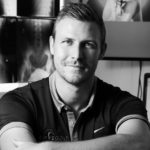 Josh is a Sports Chiropractor and owns a large multi-disciplinary practice but focuses more of his attention these days on the running of the business and having a healthy work-life balance with his young family.

Josh says he would definitely do “absolutely anything” for his family, friends, and community. A close friend of Dean Mumm, Josh became friends with his lovely wife Sarah along the way.

Seeing what Dean and his wife Sarah went through as parents, Josh and his wife found it heart–breaking and that he would do any little thing he could to help raise money for Borne. 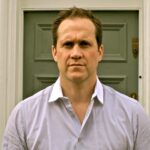 Will Mould is the co-founder and managing director of events and experiential agency XYZ, which works with brands including Nike, Costa and Land Rover. In 2018, XYZ supported the launch of the Borne Artic Challenge.

This year, in March 2020, Will is joining a team of adventurers battling their way across Costa Rica to raise £250,000 for Borne’s life-saving research into the causes of premature birth. 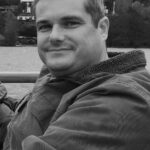 ‘My involvement in this challenge is a classic case of why you shouldn’t have too many beers with Angus Wilson!

Shortly before Christmas 2019, Angus and I lost a dear friend in tragic circumstances, way before his time. Events such as these show you only get one shot at life, so you need to make the most of it and try and generate some good along the way. Having personally experienced bringing up a child with cerebral palsy, Borne represents a cause which cannot help but pull the heart strings.

I look forward to supporting them in this challenge, meeting new people, sharing experiences and slightly less so sharing a tent with Angus for several days!’ 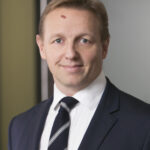 Tom is a partner in the London office of US corporate law firm Morgan Lewis – so he says he ‘has absolutely no relevant professional skill set for this challenge.’

‘If you are a parent, imagine your child being taken away and not knowing why, or whether there was anything than could have been done to prevent it. Through my work with Borne I know just  how far each and every pound raised can go and what can be achieved if we can raise awareness and properly fund research into preterm birth. Every single dollar literally makes a difference.  So this is an opportunity to really help save lives.’ 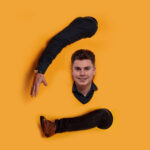 Kofi is a junior filmmaker at Still Moving Media, a trail-blazing film and photography agency who will accompany the team on their journey to provide professional photography and a cinematic film of the Costa Rica crossing, focusing on the preparation, experience and purpose driving the respective challenge participants. 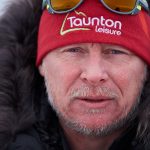 A former Royal Marine with 16 years service, Alan was a member of the first winter expedition to traverse Iceland by ski and led the first successful British unsupported expedition from Canada to the Geographic North Pole. He has since led over a dozen North Pole expeditions with top business leaders, helping them explore and reflect on their own leadership capabilities.

Alan was awarded an MBE in 2000 for determination and leadership in constant adversity. He is a qualified diver, parachutist, paramedic and ski survival instructor.

Wayne has served more than 25 years in the UK Special Forces including a 2-year command assignment to the US Seal Team Six. He has been involved in every major conflict since the mid-1980s, and was awarded the Queen’s Commendation for Valuable Service on two occasions for his role on operations.

Wayne was the first Royal Marines Officer to walk unsupported to the Geographic North Pole. He has led challenges across Vietnam, Cambodia, the Sahara, Central America and Africa. He established a new route on the north face of Kilimanjaro in 2017 and has helped raise millions for charities.

Join us in spirit!

Be part of the Costa Rica expedition and join the team in spirit as they carry you through rivers, jungles and mountains on our Flag of Hope.

The Flag of Hope bears the photos of families and children who support Borne’s mission to prevent premature birth.

Make a donation on JustGiving and send us your photo at hello@borne.org.uk.

Donate to our Flag of Hope 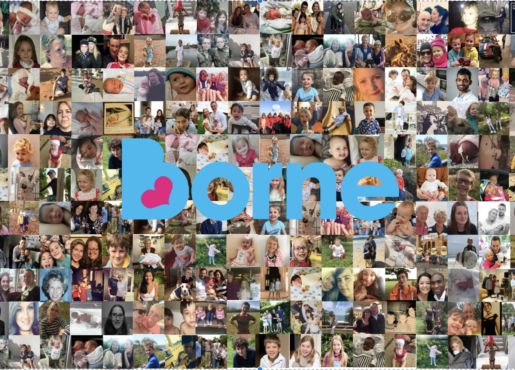 Our friends and partners 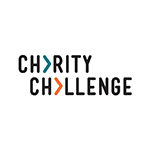