Labour should mark the end of a healthy pregnancy. But sometimes it happens too soon – with devastating consequences. Yet we still do not fully understand what triggers labour. We believe the maternal immune system is central to better understanding pregnancy and childbirth.

The role of the maternal immune system

During pregnancy, the lining of the uterus is rich in immune cells. There is evidence to suggest that these immune cells may activate at the end of pregnancy, triggering labour.

A better understanding of how this happens will help us to find new and better ways to identify mothers at risk of early labour and will direct our research to help us find new ways to delay labour.

Dr Viki Male is a reproductive immunologist and currently a Royal Society and Wellcome Trust-funded Sir Henry Dale Fellow. She brings complementary scientific expertise and leadership to the team, working alongside Professor Mark Johnson to lead Borne-funded studies into the maternal immune system.

My early research was on how the immune cells in the uterus develop and gain the ability to recognise the placenta during the first few weeks of pregnancy. I am coming to Borne to look at how this impacts preterm birth. If we can identify what is going wrong, we can start to develop interventions to prevent preterm birth from happening.

Dr Male was also one of the first to show that some immune cells in the human uterus produce a molecule called IL-22. In mouse studies, this molecule can prevent preterm birth in the face of infection. One of her aims is to see if it plays a similar role in humans. 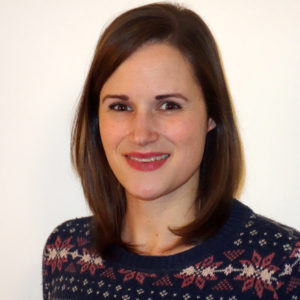 Studying immune cells in the uterus

Until recently, the immune system in the uterus has been uncharted territory, but this is beginning to change.

Borne-funded PhD students Emily Whettlock and Antonia Cuff are working to map the immune system in the uterus at the end of pregnancy.

Emily and Antonia are among the first scientists to use modern techniques to work out the numbers and types of immune cells in the uterus and what they are doing as a woman goes into labour. They are also trying to understand if the process is the same in women who go into labour too soon.

The team is looking at a specific family of immune cells, innate lymphoid cells, that are present in the lining of the uterus and that we believe may play role during pregnancy and labour. They are:

Little is known about these cells. These cells are present in large quantity when and where the fertilized egg attaches to the uterine lining, also called “implantation”. We believe they play a role in supporting the formation of the placenta, also called “placentation”.

Some studies have shown that, when this group of cells can be activated by molecules expressed by the placenta, the pregnancy is more likely to be successful.

But there is a lot that we do not know about these cells:

We know that ILC3 cells, which are present in the lining of the uterus, produce the immune molecule IL-22. This molecule helps maintain the tissue integrity of mucous membranes.

There is evidence from mouse studies that IL-22 prevents preterm birth in the face of infection. In humans, IL-22 levels in the blood decrease during the 3rd trimester. This could suggest that IL-22 acts to prevent the initiation of labour, making ILC3 an attractive cell type to investigate.

Using a technique called flow cytometry, we can look at millions of individual cells from the lining of the uterus, finding out 15 pieces of information about each cell. But there are techniques that could make our work even more effective.

Single cell RNA sequencing is a newly developed cutting-edge technique, which combines immunology and genetic sequencing. It would allow us to discover tens of thousands of pieces of information about each cell, vastly increasing the amount of information we can extract from a precious clinical sample.

We would like to use single cell RNA sequencing to better map the immune system in the uterus of women who are not in labour, those who are entering labour and those in established labour. This would help us understand how immune cells are involved in labour and how we can intervene to prevent babies from being born too soon.

Be part of the solution.
Help improve our understanding of pregnancy and childbirth.